What I learned from my stress fracture

Like most distance runners, ‘this year’ was going to be the year that I’d continue to chip off a couple of minutes of my marathon time and maybe I’d break into 2:35. Unfortunately, however, I found myself in less than ideal circumstances – albeit in good company, with the likes of Derek Hawkins.

The year got off to a great start with the birth of my daughter, Emmie, in early February. After a couple of weeks off running, I made the effort to get back into the regular base running pattern that I’ve had for at least the last two years. Running around 50 to 60 miles per week, over 6 days typically, with a hill session and a long run with the club. (I had already forgone the Tuesday night track session as it didn’t fit with my new commitment).

On 3rd of April, I completed my usual 10km commute run back from work and noticed a little ache in my right glute. It wasn’t so bad that it made me limp, and it came and went during the run, so I put it down to slight DOMs (Delayed Onset Muscle Soreness). I had a short run on Tuesday and felt fine, then on Wednesday, 5km into my run the glute ache returned and stayed with me for the duration of the run.

By the time I got back the ache had intensified. I found myself walking with a limp and putting pressure through my right leg resulted in a strong pain in my right buttock. A week further on, and an MRI of my sacroiliac joint had confirmed a grade 4 stress fracture in my right sacral ala. My marathon PB year was over already.

The sacral ala can be thought of as a wing of the small, triangular shaped bone called the sacrum that sits at the bottom of the spine (see the picture below). 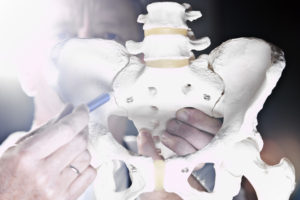 In over 17 years of committed endurance running, this was the first injury I’d experienced that properly side-lined me for more than a week.

In the training log post-mortem that followed, I tried to unpick where had I gone wrong.

I was guilty of letting my twice-weekly strength and conditioning sessions in the gym become inconsistent. If I’m totally honest, this is because I prioritised the time I had for running. I really should know better!

I looked back over my Garmin data for the month prior to my misfortune, and whilst my training volume had nudged up very slightly, it certainly hadn’t exceeded the ‘no-more-than 10% increase per week’ mantra.

I hadn’t suddenly increased the intensity of training, and had in fact cut back some intensity by dropping the Tuesday track sessions.

It didn’t seem to me that there was an obvious case of ‘training error’, such as ramping training up too quickly etc. I certainly hadn’t been on a calorie-restricted diet, which is known to be associated with bone stress injuries in endurance athletes (here’s a link to an excellent article if you want to read more about this ‘Relative Energy Deficiency in Sport’ published in the British Journal of Sports Medicine).

I was then concerned that there might be a pathological reason for fracture, such as an underlying metabolic problem. After seeking the advice of an orthopaedic colleague and get getting my blood tested (Vitamin D & Bone Profile), we were satisfied that there were no obvious problems.

The only variable that I hadn’t considered was sleep.

Over the two and a half months prior to the onset of my symptoms, my nightly sleep had averaged 4 hours and was very interrupted since the birth of my daughter. We all know how important sleep is for rest and recovery (it’s not rocket science), but how much sleep is adequate in the context of bone stress injuries?

According to a series of large-scale military studies, 40% of new recruits sleeping less than 6 hours per night showed adverse signs in terms of their ‘bone markers’.

The Israeli army achieved over a 60% reduction in the incidence of stress fractures in new recruits with two simple changes in their training:

Getting back to running

After 12 weeks with no running, trying to find some (begrudged) love for my road bike, I underwent a follow up MRI scan. Satisfactory healing had taken place, and I started to very gradually return to running. I began on an ‘every other day basis’, checking in to ensure there was no dreaded right sided buttock ache during my run or afterwards!

My first two runs were 10 minutes at an easy pace, and now 3 weeks into this process I’ve built up to 25 minutes. I’ve been following a ‘rule of two progression’, that is, completing two runs of exactly the same time/distance/pace without any problems before making a gradual increment. 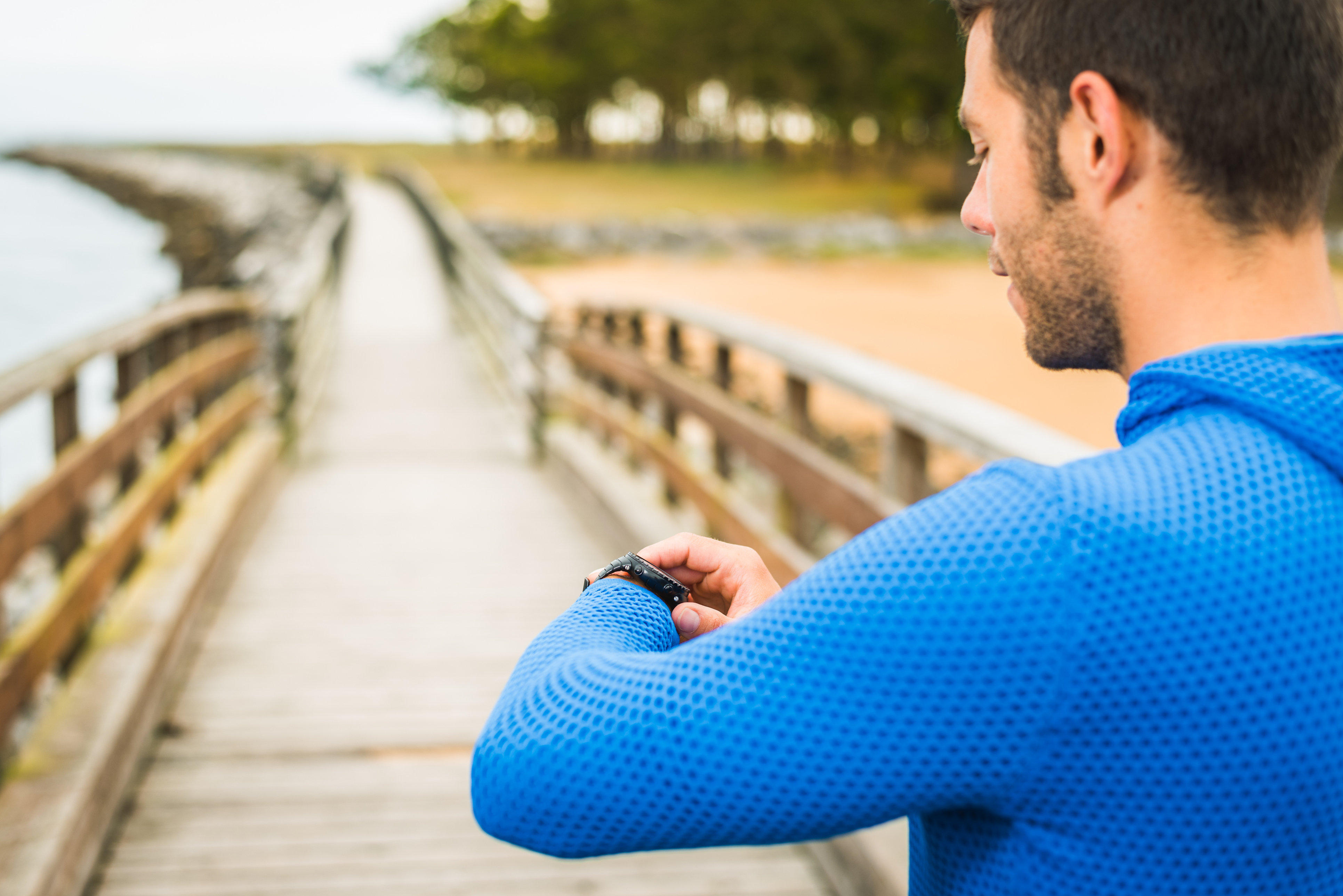 There have been a couple of runs where I’ve thought that I had a slight awareness of an ache, so I’ve left it an extra day between runs. After all this time and with my experience of guiding a number of runners back to running post stress fracture, I’ve learned that it’s better to be patient – especially in those first 4-6 weeks.

Once I get up to running for more than 60 minutes, I’ll start to phase in consecutive day running and then incorporate sessions back into my weekly training program.

What have I learned?

Reflecting on my injury, I can see that I missed a trick in the way that I approached my training. I continued to try and train in exactly the same way as I had ‘pre-baby’. I’d failed to recognise that my life had changed and that I needed to operate on more than 4 hours of solid sleep each night. I had also let the consistency of my weekly strength sessions slip, which may have been a contributing factor. Less resilient muscles fatigue more quickly and are potentially less able to shock absorb when running.

I find it interesting that this didn’t flag up as an injury risk in my head. In part I think this is due to the relatively rapid onset of my symptoms, not providing me with much warning that anything was amiss. Also, continuing with a very familiar pattern of base training, possibly reduced my vigilance.

This experience has really made me recognise the value of having some form of external monitoring tool to raise a warning flag in the future. When I’m in an active training block, or preparing for a specific event, my coach has my back. He’s brilliant at tweaking my training loads during busy weeks at work, or when there are pressing family commitments. As I wasn’t in this build up phase, I didn’t have the benefit of my coach guiding me.

In order to guard against running into this problem in the future (forgive the pun), I’ve started to use a training tool that I’ve used with some of my patients, to good effect.

I’ve started to monitor my training ‘workload’, using a spreadsheet, which keeps track of my acute training workload (over the past 7 days) and compares this to my chronic (past 28 days) of training. This factors in both the volume of training (recorded in minutes) and an indirect physiological measure of effort/exertion (in the form of the Borg Scale of Perceived Exertion).

The basic aim is to stay within an acute:chronic workload ratio of between 0.8 and 1.3, the so-called injury prevention ‘sweet spot’. 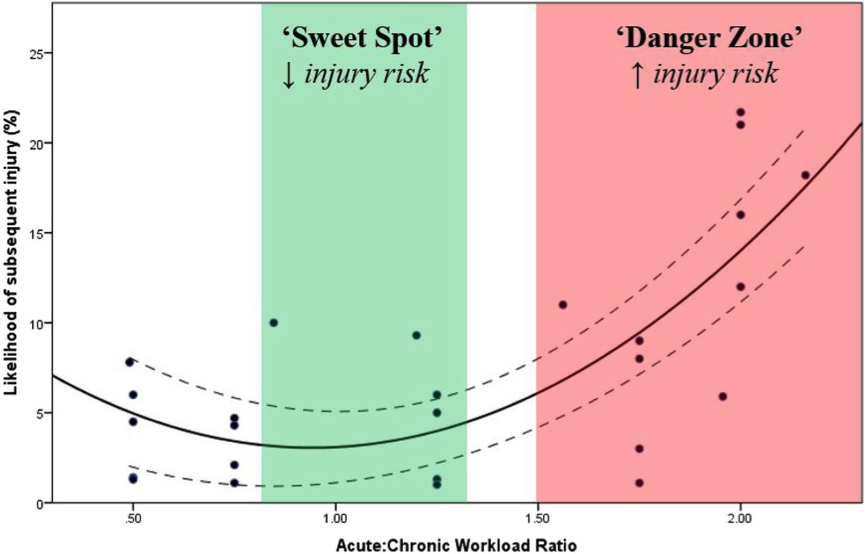 The other variable that I have chosen to measure is hours of sleep, with the aim of getting at least 6 hours of sleep per night. This is by no means easy and is not totally within my control (e.g. when my daughter decides to wake in the early hours). Nevertheless, I’m at least aware of this issue now, and in weeks where my sleep has been compromised I’ll take a rest day from running and look to build in some more cross training into my schedule. This will help me to vary the physiological stressors that I place on my body.

Obviously, no single injury prevention strategy is bullet-proof, but I’d encourage everyone to take some time to step back and reflect on your current training habits and goals and consider how these fit into your lifestyle.

Burning the candle at both ends is occasionally inevitable to all of us.
Make sure you don’t let it become the norm.

By continuing to use the site, you agree to the use of cookies. more information